What you’ll learn on this page

Once you’ve learned the pentatonic scale patterns on this page, put your new-found knowledge to use with this backing track. It’s in C minor, so use C pentatonic minor scale for your improvisations.

The pentatonic scale is one of the most commonly-used scales in rock, jazz and pop music. Guitarists use it in riffs, song melody lines and lead guitar improvisation.

For the rest of this page, whenever we refer to pentatonic scales, we’ll be talking about pentatonic minor scales (unless specified).

The pentatonic scale guitar pattern shown below is one of the first scales a beginner electric guitarist should learn.

Note: the scale diagram above includes an additional note that extends the scale above the second octave. Scale diagrams often extend the scales either above or below the tonic notes. If you just want to play the scale, start and stop on the green tonic notes.

In the diagram below the first pentatonic scale pattern is shown together with four more patterns. We’ll take a closer look at each of the new patterns below.

A tab example has been provided for each of the new patterns. The tab shows how the pattern can be used to play either a 1 octave or a 2 octave C pentatonic scale.

The basic pentatonic minor scale pattern (pattern 1) can be extended up and down the guitar fretboard using the additional scale patterns. You’ll see how to join the patterns up in order to create longer lines further down the page. 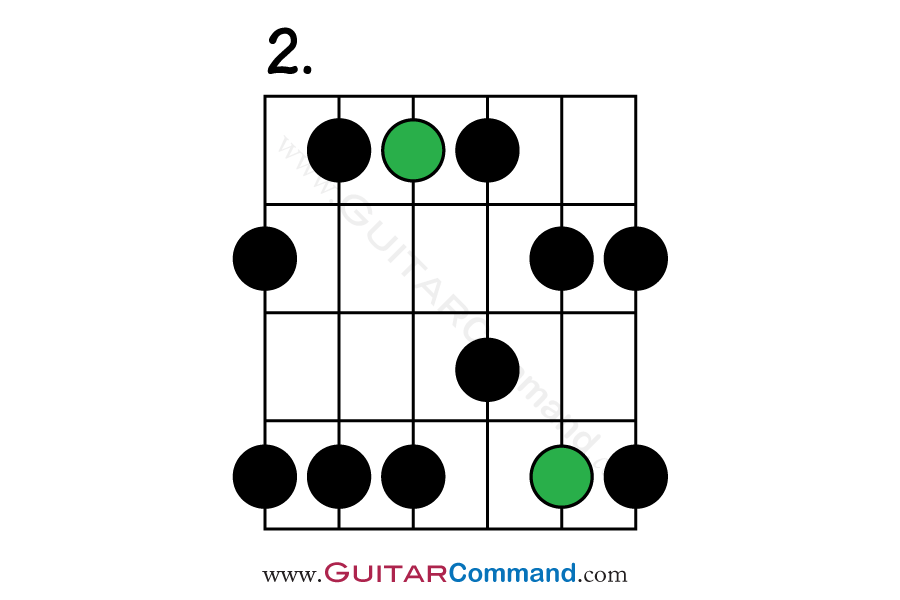 Play this pattern at the 10th position (i.e. position your hand so that the index finger is at the 10th fret) for a C pentatonic scale: 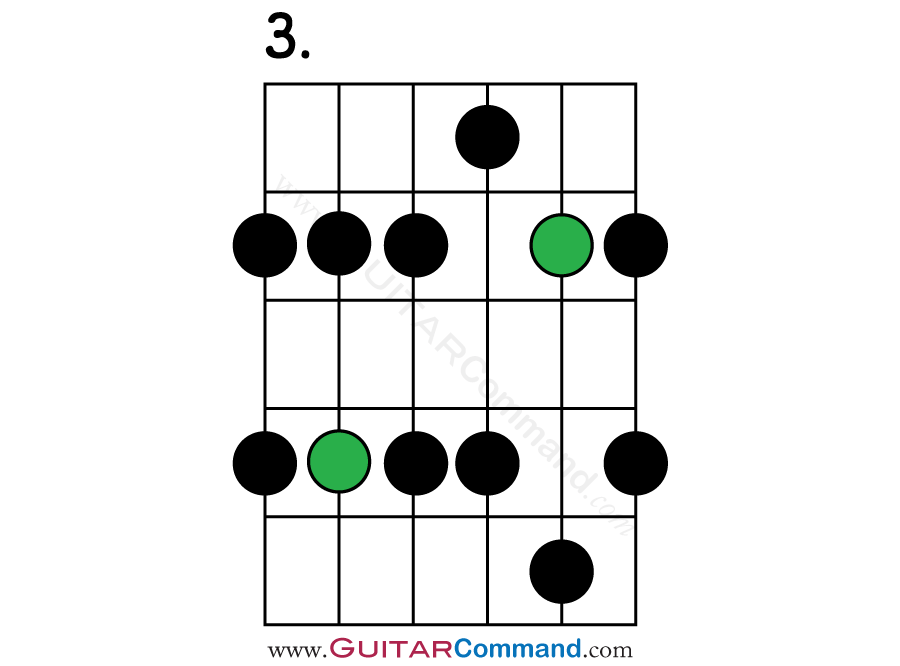 Play in 12th position for a C pentatonic scale: 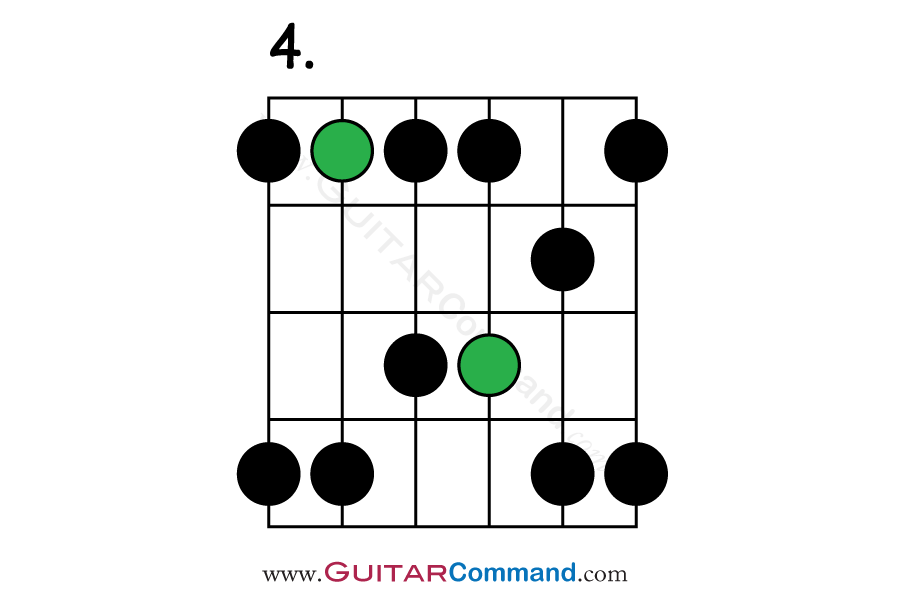 Play in 3rd position for a C pentatonic scale, as shown in the tab below. 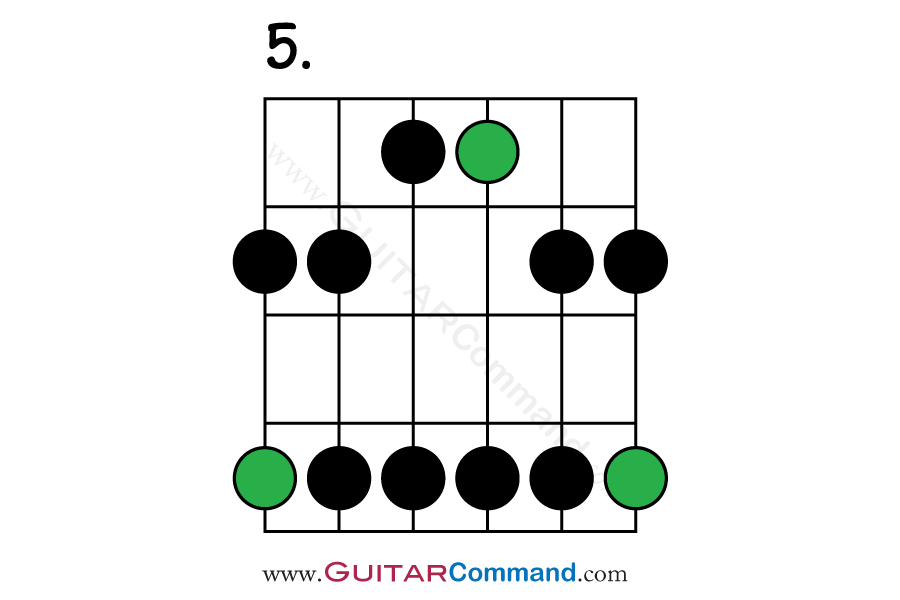 Play in 5th position for a C pentatonic scale:

For example, if you only knew the basic pentatonic scale pattern (pattern 1) and were improvising over a chord progression in C, then you’d be limited to playing in 8th position (i.e. with your index finger positioned at the 8th fret.)

When playing, you can extend your lines by linking together adjacent scale patterns. Below you’ll find a TAB example of this, with suggested fingerings.

Experiment linking each of the five pentatonic scale patterns with its neighboring patterns to build up your own extended lines.

What is a pentatonic scale & why is it so important?

With a tonic note of C, the notes in a pentatonic minor scale are:

The pentatonic minor scale is particularly important to guitarists because it is used in guitar solos, riffs and melodies in a wide range of musical styles. Whether you’re playing blues, jazz, metal or pop, if you use a pentatonic scale when soloing, it will usually sound good.

Pentatonic scales are also widely used in classical music and folk, and have appeared independently in music all over the world.

There must be something about the sound of a pentatonic scale which is innately pleasing to the human ear.

Find out more about guitar scales at Guitar Command