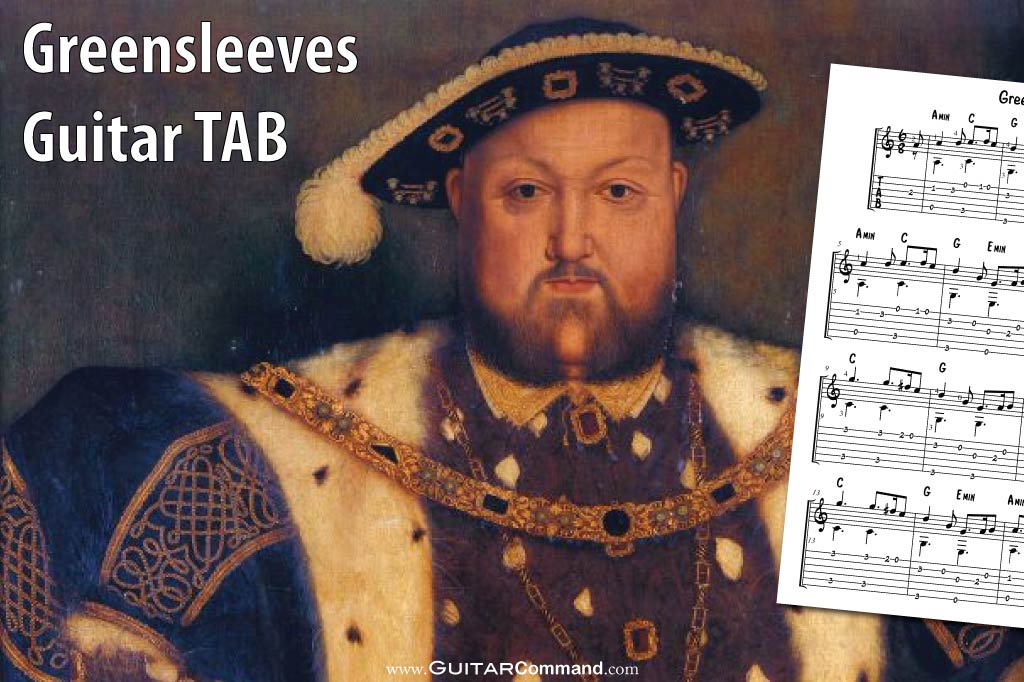 Greensleeves guitar TAB with chords. Play this easy solo arrangement of the popular 16th Century English song. Guitar chord symbols are also included, so you can play with a friend.

This arrangement of Greensleeves is suitable for early-stage fingerstyle guitarists. It will sound good on either acoustic or classical guitar.

You could also try playing it on an electric guitar with a clean sound.

How To Play Greensleeves On Guitar

This arrangement of Greensleeves doesn’t move out of first position and contains quite a few open strings, making it relatively straightforward to play.

The piece is in A minor*, which means that there are no sharps or flats in the key signature. However, there are several sharpened notes (marked with a #) that you should watch out for if you are reading the music notation (as opposed to the tab).

The sharp signs raise the pitch of the note by a semitone. Refer to the tab if necessary to hear how the music should sound.

You can repeat the whole piece 2 or 3 times. If you are playing the chord part, you could play an A major chord instead of an A minor chord at the end of the final repetition. This gives the piece a ‘happy ending’ (this effect is known as a ‘tierce de Picardie’ in classical music.

The small numbers by the side of certain notes indicate which finger should be used. The fingers of the fretting hand are numbered 1 (index finger) to 4 (little finger).

Use the thumb of the right hand to play the bass notes.

The piece is in 6/8 time. This means that there are 2 main beats in each bar, each of which is sub-divided into three. One way of counting a 6/8 rhythm is by counting ‘ONE-two-three, TWO-two-three’.

You could also count  ‘One-Two-Three-Four-Five-Six’, placing a slight stress on the ‘One’ and ‘Four’ beats.

The following version of Greensleeves omits the bass notes, allowing it to be played with a pick: 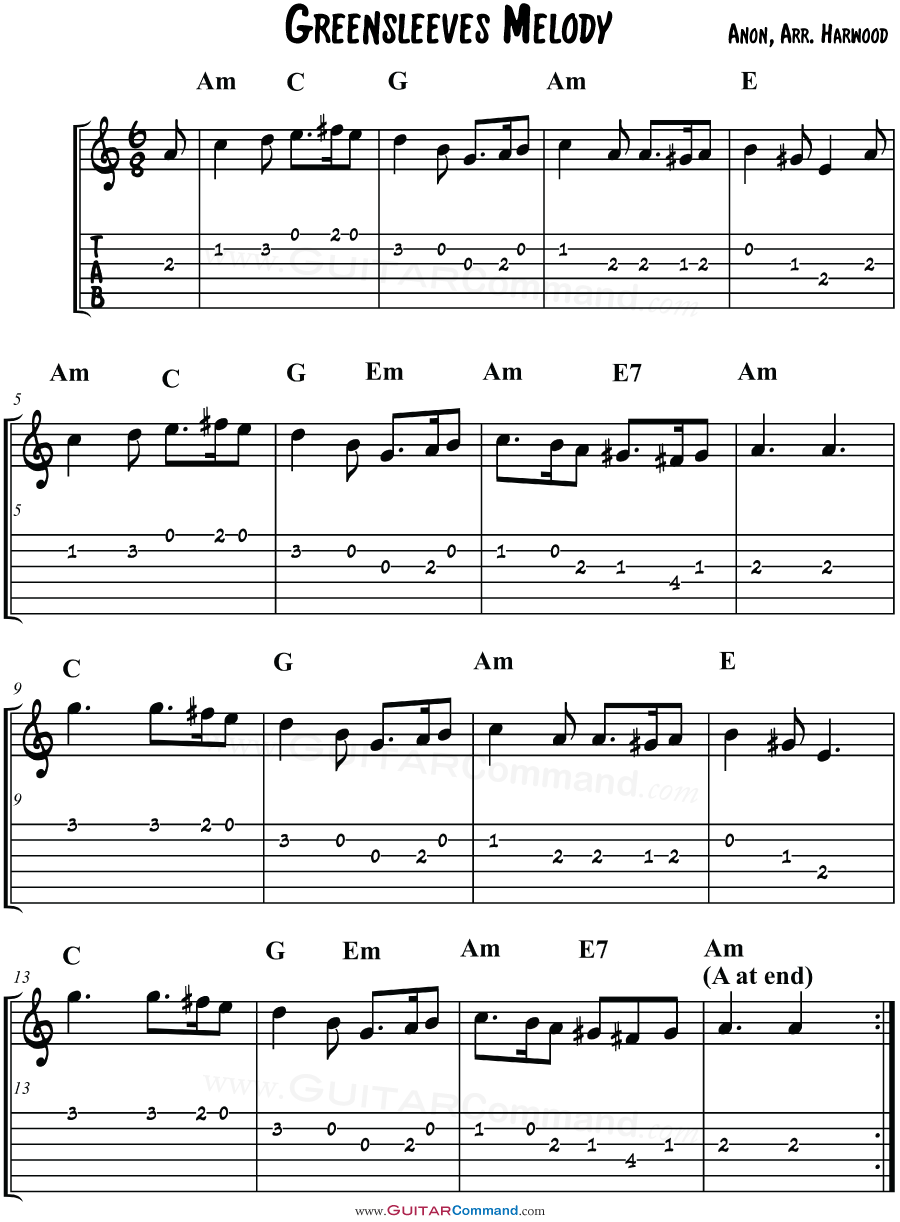 In the following version of Greensleeves, some of the F sharps of the first melody are played as F naturals. This gives the piece a ‘softer’, less Dorian sound. It is one of several variations of the tune that have appeared over the years.

Although Henry VIII is rumored to have written Greensleeves, this is unlikely to be true. You can find out more about the origins of the song at wikipedia.

We hope that you enjoy playing this Greensleeves guitar tab arrangement. Let us know how you get on in the comments below!