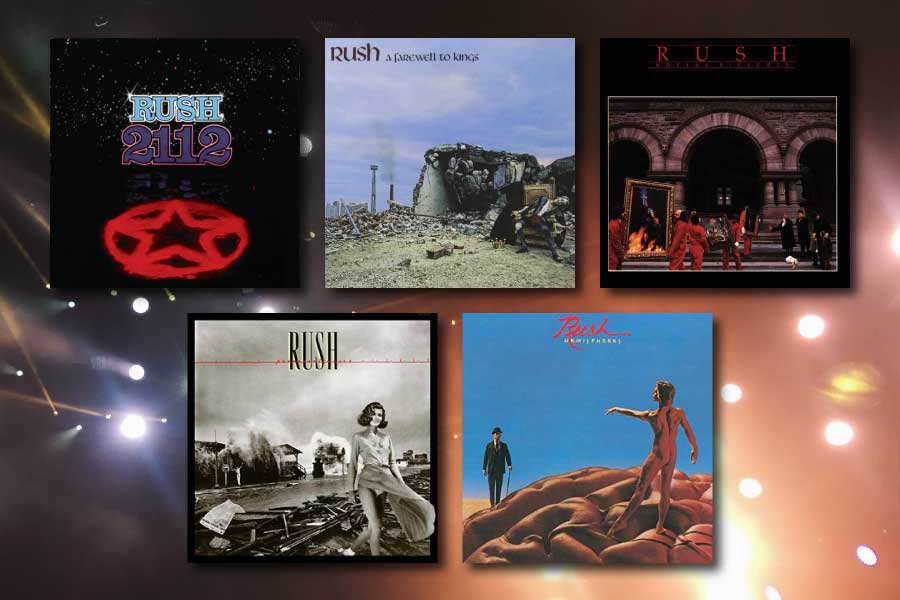 What are the best Rush albums? We delve into the Canadian trio’s entire nineteen (studio) album back catalogue to identify the key albums in the band’s almost 40-year career.

(Click on album covers to view prices / reviews at Amazon.)

Rush formed in Toronto, Canada, in 1968. At the time of their self-titled debut album, released in 1974, the band consisted of guitarist Alex Lifeson; bassist / vocalist Geddy Lee; and drummer John Rutsey.

Rutsey left in the same year to be replaced by Neil Peart, who, as well as taking on drummer duties, became the band’s principal lyricist.

The classic Rush lineup of Lifeson, Lee and Peart was to remained unchanged for the remainder of the band’s career, which spanned a further eighteen studio albums and went through numerous musical styles.

With Peart–one of the greatest rock drummers of all time–behind the kit, Rush were always going to have an advantage over other bands. But the beauty of Rush is that Peart’s genius was matched by that of Lifeson and Lee; they were a ready-made supergroup that would go on to become one of the biggest and most highly-respected bands in rock history.

Lacking the conflicting egos that detracted from the music of other bands, Rush were free to get on with what they did best: making intelligent, powerful rock music that appealed to fans of a wide range of musical genres.

One gets the feeling that Geddy, Alec and Neil were three normal guys who’d be happy playing music together in a Toronto basement if somehow their talent had gone undiscovered.

Putting together a list of the best Rush albums has not only been highly enjoyable, but also extremely difficult; not least because the band’s sound changed continuously throughout its lifetime. From their heavy blues-rock roots, Rush subsequently went through progressive rock, synth-rock, and finally prog-metal phases.

The list below contains what are ‘generally accepted’ to be Rush’s best albums. We give a slightly different and more personal view at the end of the page.

Rush’s sound may have evolved through the years, but the band’s principal ingredients–powerful riffs, prominent bass lines, inventive arrangements and intelligent lyrics–remained constants throughout their near 40-year career.

(Click on the album covers to view the album at Amazon.) 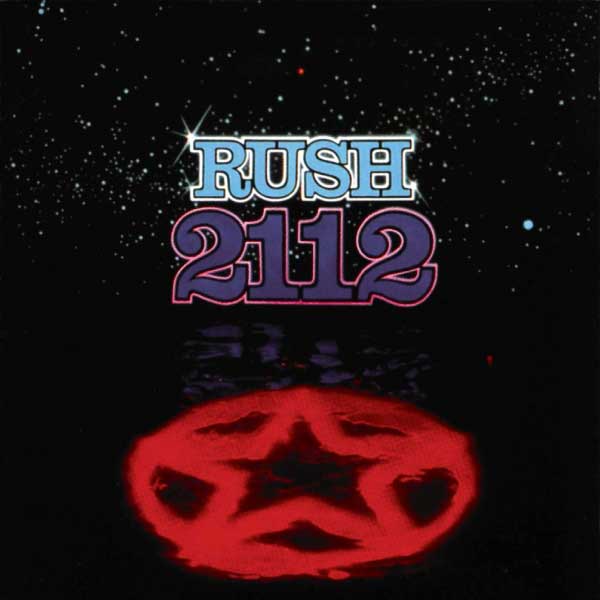 2112, Rush’s fourth album, was recorded in early 1976 at Toronto Sound Studios and released in April of that year.

At this stage in its career the band found itself under pressure from its record company after disappointing sales of Caress of Steel.

Obviously, the band knew what it was doing; 2112 reversed the band’s fortunes, putting them on a course towards global recognition.

To many fans 2112 marks the pinnacle of the band’s prodigious output. Prog rock played by a metal band, with a deep seam of experimentation running through its tracks, 2112 was groundbreaking. 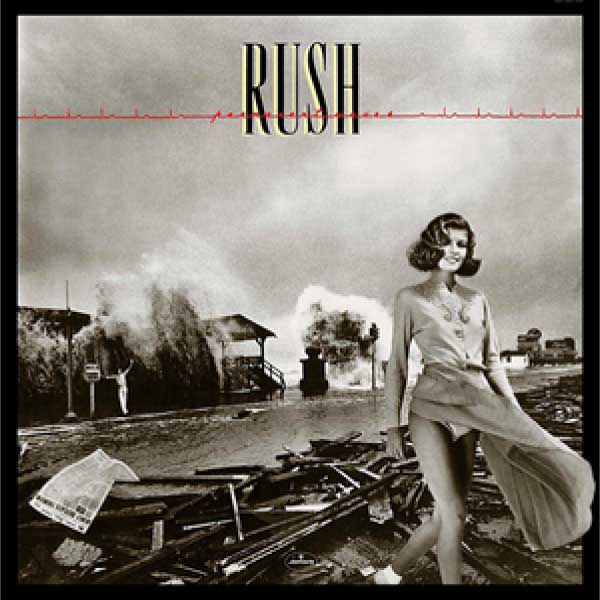 Released in early 1980, Permanent Waves was Rush’s most commercially successful album (at the time of release). With several radio-friendly tracks including “The Spirit Of Radio” – one of the band’s best-known singles – the album marks Rush’s first steps away from the rawness of their early outings.

The production is cleaner and more focused, and the overall sound is less ‘metal’ and more ‘pop-rock’ than albums such as 2112 and Fly By Night.

This was the eighties, so big, chorus-ed guitars abound, and power chords have been replaced by arpeggiated riffs. Keyboards were becoming an ever-more prevalent part of Rush’s sound. Despite this, the album still rocks in places!

Although Permanent Waves has a more commercial sound than previous releases, fans of Rush’s proggier side won’t be disappointed; both “Jacob’s Ladder” and “Natural Science” feature the band at its prog-rock best, being more ‘compositions’ than mere pop songs. 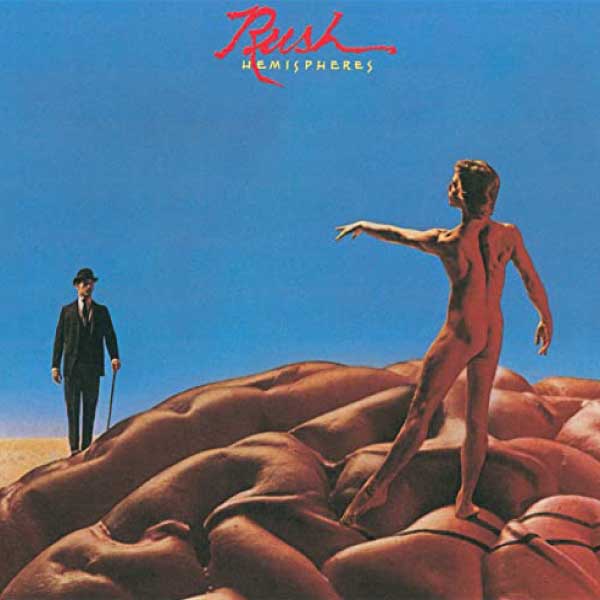 Want to get appreciative nods from hardcore Rush fans? Tell them that, instead of 2112 or Moving Pictures, your favorite Rush album is Hemispheres.

An outsider choice for ‘best Rush album’, Hemispheres, for many fans, represents the band at their peak.

This uncompromising album kicks off with “Cygnus X-1 Book II: Hemispheres”, an eighteen-minute prog-metal tour de force that continues the science-fiction concept begun in A Farewell To King’s “Cygnus X-1 Book I: The Voyage”.

“Circumstances” fits numerous musical ideas into an exhilarating sub-four-minute track, while “The Trees” has echoes of A Farewell To King’s English progressive sound.  Closing the album is “La Villa Strangiato”, an almost ten-minute instrumental that highlights Lifeson, Lee and Peart’s musical prowess.

The overall sound of Hemispheres is – to our ears – tighter and better produced than 2112. For many, this is quintessential Rush, and the pinnacle of the band’s best period.

If your tastes extend more to seventies-style, guitar-driven heavy rock (with a progressive twist) than to either prog rock or more straightforward metal, then Hemispheres would be a good place to begin your Rush journey.

2. A Farewell to Kings 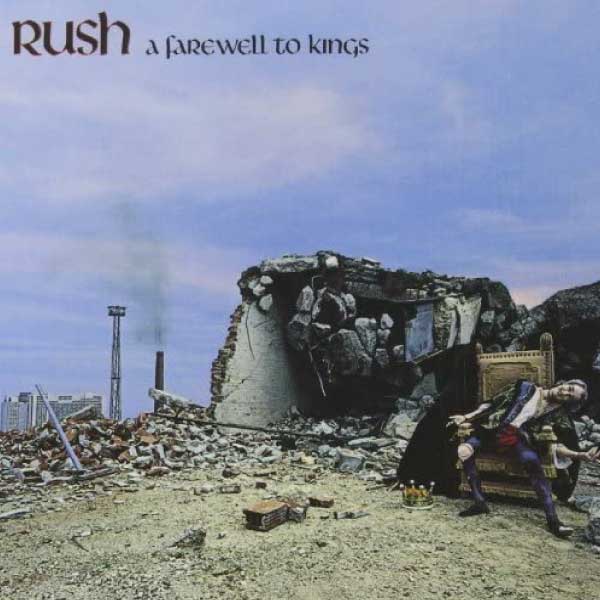 A Farewell To Kings, Rush’s fifth studio album, was released in 1977. It followed Rush’s breakthrough album, 2112, and has a more pastoral, progressive rock feel than the previous album’s harsher rock sound.

A Farewell To Kings opens with a Spanish guitar intro that is highly reminiscent of Genesis, and that band’s (and English progressive rock in general) influence runs deep throughout the album.

The album was recorded in Rockfield Studios, Wales, and perhaps that country’s Celtic mythology had an influence on some of the album’s lyrical imagery. Ambient wildlife recordings made outside the studio enhance the album’s somewhat pastoral feel.

On the heavier side of most progressive rock of the time, A Farewell To Kings is, for us, the album on which Rush found their trademark sound, and the first in which they reach their full potential. 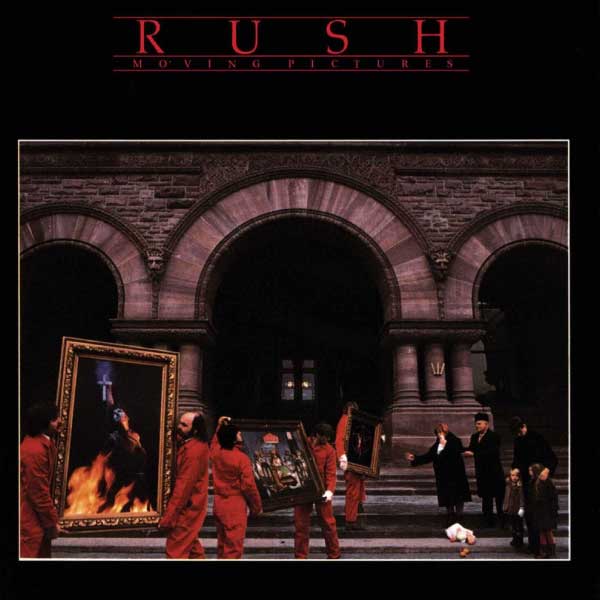 No list of the best Rush albums would be complete without Moving Pictures. The band’s 1981 masterpiece is often cited by both fans and critics as being Rush’s best album.

Moving Pictures was recorded in late 1980 at Le Studio in Morin-Heights, Quebec, and released in 1981.

The album opens with perhaps Rush’s best-known song, the anthemic “Tom Sawyer”. The track’s radio-friendly production continues throughout the album. Indeed, the album as a whole marks the band’s progression towards commercial, tightly-structured arrangements and away from the raw, sprawling prog epics of earlier releases.

This is no pop album, however; the progressive elements of earlier albums are still there. There are plenty of time signature / tempo changes, and complex riffs keep you on your toes. This is especially apparent on “YYZ”, an instrumental workout that highlights the trio’s musical prowess.

Neither have the longer songs of earlier albums been entirely dispensed with; “The Camera Eye” is almost 11 minutes long.

Keyboards play an ever-more more central role, but are not overbearing. Moving Pictures is still very much a rock album at heart.

If you’re new to the band then Moving Pictures is probably the best first Rush album you should buy. It marks the epitome of what many consider to be the band’s golden age.

The albums listed above represent what are ‘generally accepted’ to be the best Rush albums. Of course such a list is highly-dependent on personal taste. Rush went through several stages, each of which has its own particular set of fans.

If this was a list of our personal favorite Rush albums, then 2112, Permanent Waves and perhaps even Moving Pictures might find themselves usurped by the later ‘synth-rock’ era albums Signals, Power Windows, and Grace Under Pressure.

What are your choices for the best Rush albums? What’s your favorite Rush song? Let us know in the comments section!

11 thoughts on “The Best Rush Albums Ranked: What Are The Top 5 Rush Albums?”