In this Mark Knopfler Privateering review, Guitar Command returns to a childhood favourite… 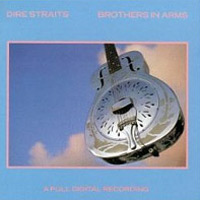 Along with many other people in the eighties, ‘Brothers In Arms’ was my first ever experience of an album on CD. To say it blew me away is not an understatement – and it wasn’t just the high fidelity of the new medium that impressed. The songs and of course the guitar playing made a big impression on my teenage self. I immediately demanded that my guitar teacher show me how to play the riff to ‘Money For Nothing’, and also took to wearing a headband whenever I played the guitar. Ok, I’m lying about the headband, but the album did have a big effect on me and has remained a favourite ever since. 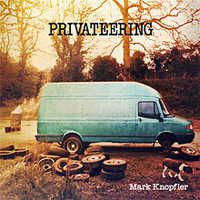 Since his Dire Straits days, Mark Knopfler has released a succession of solo albums (Privateering is his eighth), and has developed a sound that incorporates many influences. Privateering is Knopfler’s first double album, and features twenty songs, ten on each disc.

The tracks on Privateering can be divided into two main genres: Celtic-tinged folk and blues. Over the course of both discs, Knopfler proves his mastery of both. His songwriting continues to impress, and does his typically understated but tasteful guitar playing. However, if there is a criticism to be made of this album, it is that the two styles of track are too distinct. Just as the folk numbers begin to create a melancholy glow, a blues number comes along to disrupt it. This ‘quiet / loud’ approach works better when compiling a live set rather than an album track list. Perhaps this is what Knopfler had in mind, but for me it detracts from what could have been a very special album. I feel that the folk songs are more satisfying than the blues numbers, and a better approach may have been to release Privateering as two separate albums, or as a double album with the blues tracks on one disc and the folk tracks on the other. As it is, the magic conjured by tracks such as ‘Redbud Tree’, ‘Privateering’ and ‘Dream Of The Drowned Submariner’ is undone as soon as one of the blues numbers kicks in. Despite this, thanks to the magic of playlists, I imagine that I will be listening to my own version of Privateering on a regular basis.

Privateering is a superbly recorded album. Production is first rate, and the tracks have an intimate, live feel. Mark Knopfler’s voice is suitably gravelly, and while he won’t win any awards for vocal technique, his singing is heartfelt and moving. The guitar playing, as always, is first rate. One of my favourite guitar players of all time, Knopfler has unmatched feel and sense of melody, but is perhaps a little too understated on this album. I know I’m biased, but next time let’s have a few more bars of soloing per song!

Privateering contains some beautiful songs, but is ultimately spoilt by having too many blues numbers which detract from the overall atmosphere. Had the blues tracks not been included, Privateering could have been a very special album indeed. It still is, but it requires the listener to compile their own version to suit their own musical preference.