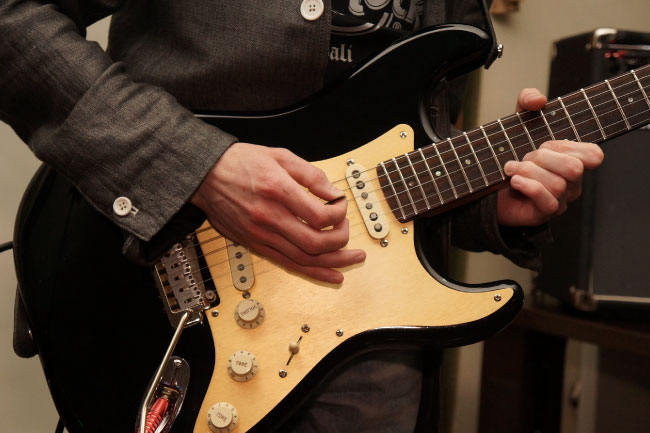 For example, in a song in the key of C major, a jazz guitarist encounters a G7 chord which resolves to a C major chord. He could play an A flat jazz minor scale that started on the G – a G altered scale – to create some very jazzy sounding tensions. For a fuller explanation of this relationship, and to see various altered scale diagrams, visit this page: Altered Scale

Altered Scales In Use

For guitarists, here are the relevant scale diagrams:

The altered scale may sound quite strange at first, but if you persevere you will begin to create some very jazzy sounds – and you’ll also hear it being played by many contemporary jazz musicians.

2 thoughts on “How To Use Altered Scales”