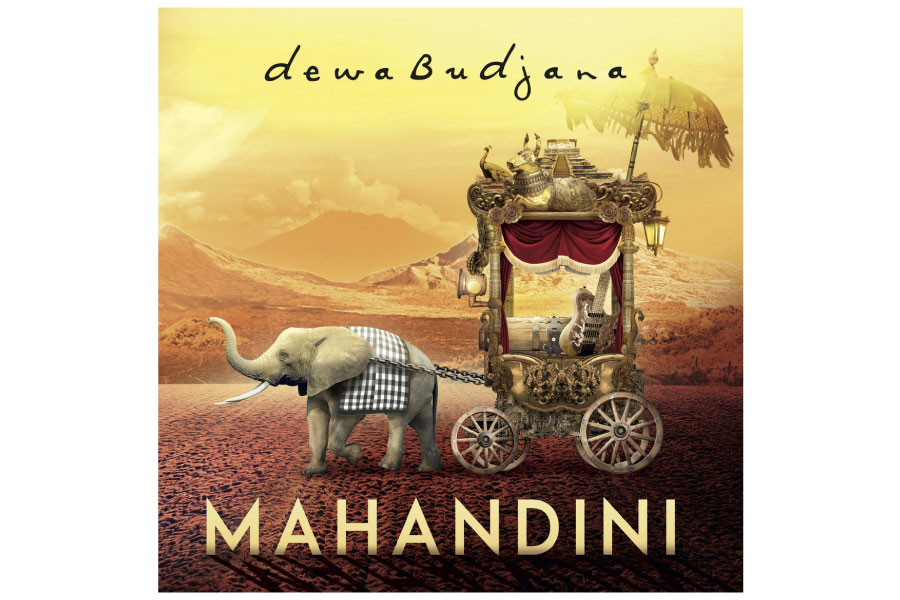 Indonesian guitarist and composer Dewa Budjana first entered the public eye as founder member of the Indonesian pop-rock band Gigi. Alongside his work with the band he has also released a string of solo albums, of which Mahandini is the eleventh.

Budjana is known for infusing both progressive rock and jazz with the music of his native Indonesia, and with his latest album the guitarist continues this tradition.

Unsurprisingly, given the personnel involved, Mahandini features impressive musicianship throughout. From complex, prog rock syncopated rhythms to flowing jazz improvisations, you’re never in any doubt that you’re in the company of some fiercely talented performers. There’s plenty going on to keep your attention on this largely instrumental album.

All the more astounding is the fact that the bulk of the album was recorded in the space of just one day; a notable feat given the complexity of Budjana’s compositions.

The album opens with ‘Queen Kanya’, which, after an atmospheric start, lays down the album’s prog foundations, with traces of early Genesis and Dream Theater-style prog-metal discernible among the unconventional time signatures and arpeggiated riffs. Later in the song bassist Mohini Dey provides contrast with some Konnakol – a form of rhythmic singing which has its roots in India.

The pace slows down somewhat with the reflective ‘Crowded’, one of two tracks on the album to feature John Frusciante on vocals. Although the track has a haunting verse melody and a chorus that verges on ‘commercial’, the singer sounds exposed and the production could perhaps have benefited from some backing vocals.

The album’s title track features repeated riffs that keep you on your toes as they hop between 5/8 and 6/8 time signatures. The track also features a solo by Dey, who demonstrates why she’s in demand from names such as Mike Stern and Steve Vai.

Soimah Pancawati’s soaring vocals on Hyang Girl give the track an otherworldly quality. This, and the track’s melodic riffs and impressive solos make it a highlight of the album.

ILW begins with a powerful riff over an alternating 5/8 6/8 time signature (Budjana clearly enjoys spicing things up with unorthodox time signatures), which breaks out into an epic melody reminiscent of an 80’s TV theme (in a good way). Mike Stern delivers a characteristically interesting guest solo.

Things calm down slightly with Zone, the album’s most straightforward rock track. Again, some backing vocals / harmonies may have proved beneficial to the vocal sound.

The album closes with Jung Oman, which has a nicely melancholic feel interspersed with some tasteful acoustic solos and Steve Hackett-style guitar melodies.

Mahandini represents a meeting not just of progressive rock, jazz and metal, but also of western and eastern musical traditions. Out of this melting pot comes something that is exciting, innovative and exotic; a reminder that there is a whole world of music out there just waiting to be discovered.