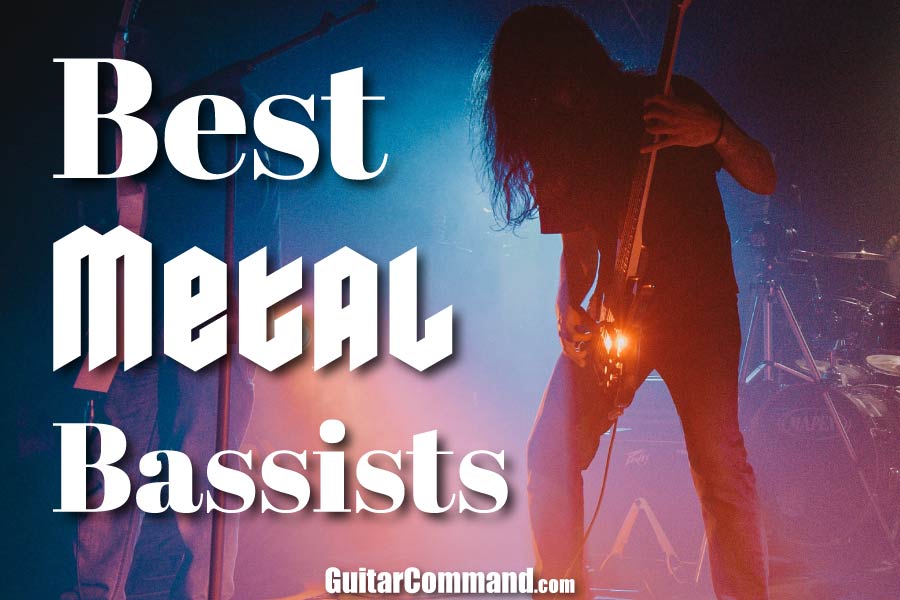 On this page we list the best metal bassists of all time. We’ve included metal and hard rock bassists from a variety of styles, together with videos and recommended recordings, so you can check out their playing for yourself.

As with all lists of this type, the choices below are highly personal. We’d be surprised if you agree with all of our choices, and we’d also be surprised if we hadn’t omitted some excellent metal bass players!

Let us know your favorite metal bassists in the comments section at the bottom of the page!

Sanders prefers to play with his fingers, offering countermelodies against Mastodon’s guitar parts instead of simply playing root notes or outlining chords. The bassist cites Cliff Burton and Thin Lizzy’s Phil Lynott as major influences, and in recent years has moonlighted as Thin Lizzy’s touring bassist.

Sanders uses Fender basses, particularly the Precision bass and his own Troy Sanders signature Jaguar bass, as well as Warwick and Yamaha instruments.

Check out Mastodon’s almighty roar in the below performance of “Blood and Thunder”: 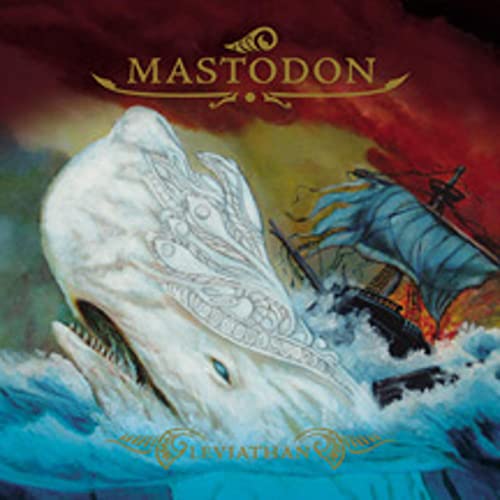 You can see our list of Mastodon’s best albums on this page: Mastodon Best Albums Ranked

Best known for his work with progressive death metal outfit Opeth, Martin Mendez has been a key part of the band since 1999.

Check out the below performance of “The Moor”: 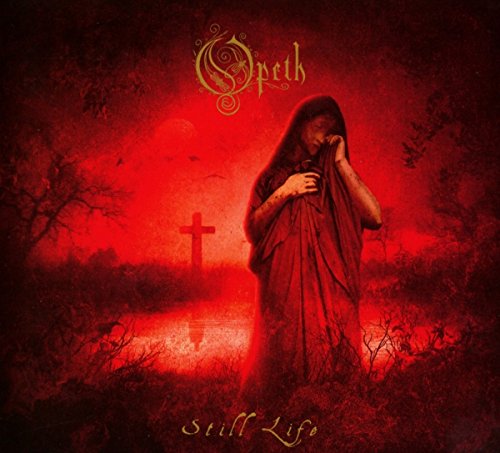 System of a Down’s bass player, Shavo Odajian, started out as their manager.

Odadjian typically wielded an Ibanez BTB, although he has played Gibson Thunderbirds and Fender basses over the years. Odadjian’s playing style typically features heavy use of his fingers and modal scales.

His playing often complements the soft/hard dynamic typical of System’s sound, as evident in the below performance of “Chop Suey”: 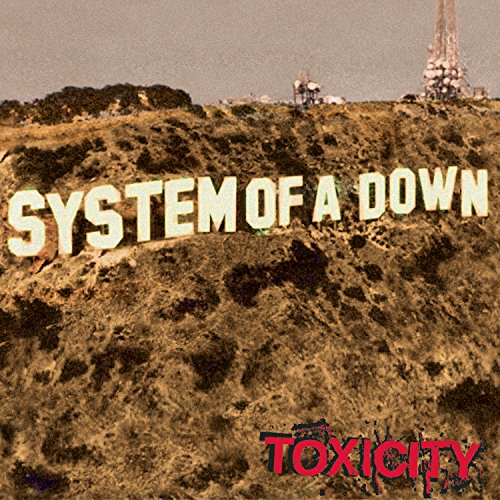 Bello primarily plays with his fingers, but has used a pick upon occasion, primarily during his time playing for Helmet.

Bello has used ESP basses almost exclusively throughout his career, before switching to a signature model Fender Jazz bass.

Check out Bello’s fast and furious playing in this live performance of “Caught in a Mosh”:

Notable recording: Among the Living 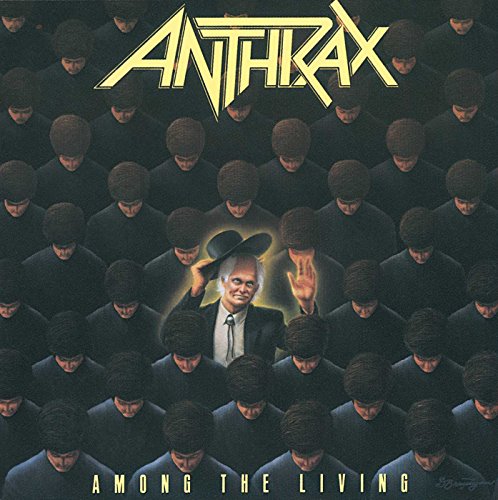 Fieldy’s slapped, ultra-scooped bass tone is one of the most immediately identifiable sounds in metal history. It defined the relentless march of nu-metal at the onset of the 21st century, melding Pantera’s groove with the rapidly expanding world of hip-hop. Fieldy’s five-stringed Ibanez guitar formed the core of this tone, which propelled Korn’s distinctive, powerful rap-metal.

Check out Fieldy playing “Falling Away From Me” below: 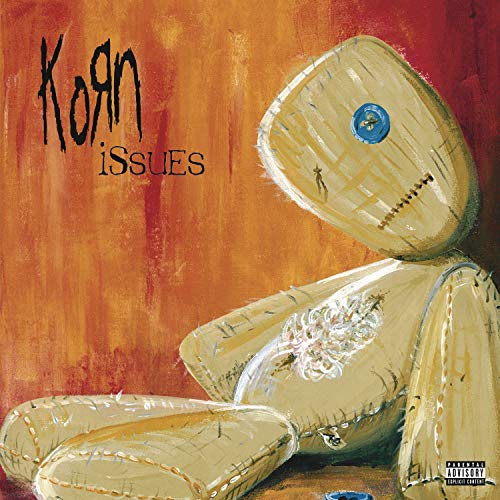 Dream Theater’s expansive progressive metal epics are frequently held together by bassist John Myung’s mastery of virtually every bass technique under the sun. Tapping, harmonics, slapping and popping, and two- or three-fingered picking all seem to come naturally to Myung, who is equally comfortable playing fingerstyle or with a pick.

John Myung used a four-string Fender Jazz bass early on, but switched to six-stringed bass guitars around the recording of the album Awake. He has used Yamaha and Music Man bass guitars most prominently.

Check out Myung’s technical, precise playing in the below performance of “The Glass Prison”: 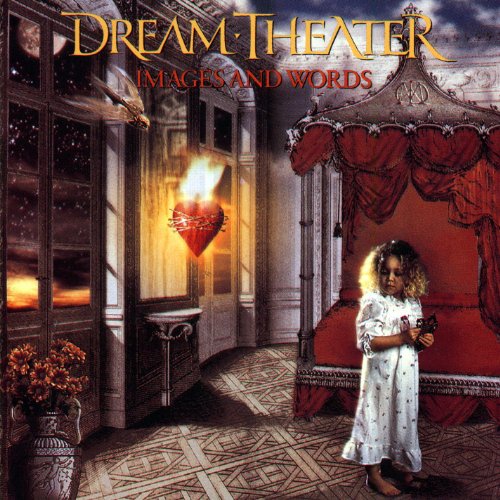 Most people will be familiar with Les Claypool and his band Primus through the South Park theme song, which the band wrote and recorded.

You can see Claypool’s technical prowess in full flight in the below performance of “Jerry Was a Racecar Driver”: 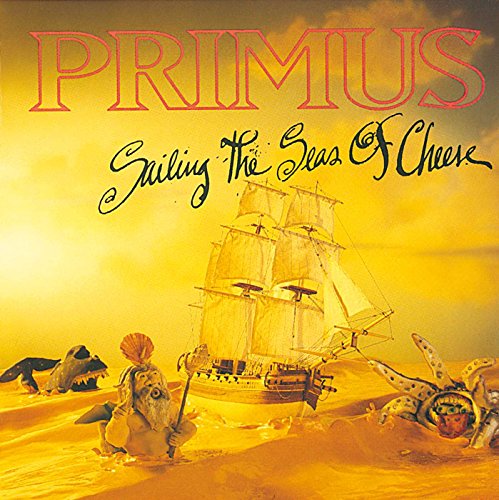 Sailing The Seas Of Cheese
$10.97
Buy on Amazon

Alex Webster is as well-known for his friendly, open demeanor as he is for his work with death metal band Cannibal Corpse. Webster often incorporates Steve Harris’ three-fingered “galloping” technique into his playing, delivering crystal-clear, clean tone at blistering speeds with his fingers alone. Webster’s intricate, technical playing is a driving force behind Cannibal Corpse’s brutal death metal. He even came up with the band’s name. He currently wields a Spector signature bass, and has played Ibanez and Fender basses in the past.

Check out Cannibal Corpse’s performance of “Scourge of Iron” below: 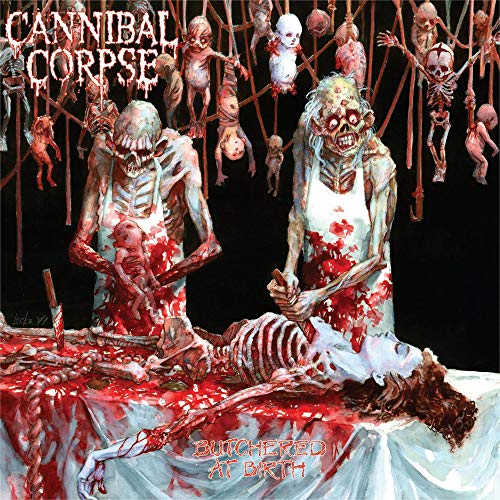 Tool simultaneously defined and explored the limits of progressive metal when they burst onto the scene in 1990. Although Justin Chancellor was not Tool’s original bass player, his contribution to the band upon joining is undeniable. Chancellor was a major contributor to his first Tool album, Aenima, and his haunting, complex bass parts have been a huge part of the band ever since. His main choice of bass guitar is a Wal MKII four-string bass, with the instrument’s midrange punch and cut a major part of his signature sound.

Arguably Chancellor’s finest hour was his performance on “Schism” from Lateralus. 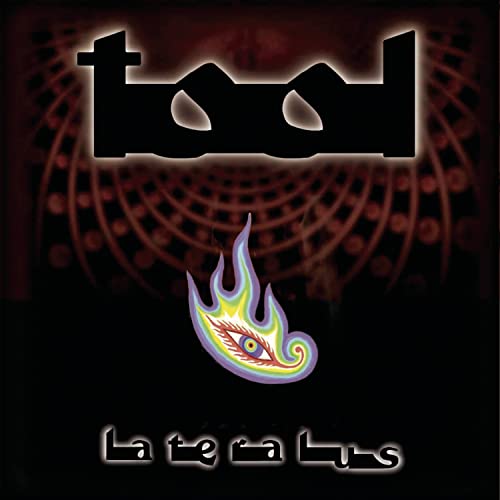 Steve DiGiorgio is one of the most accomplished bassists in metal. His career included stints with Death, Testament, Megadeth, Sebastian Bach, Iced Earth, Autopsy, and Obituary. DiGiorgio was heavily influenced by Geezer Butler, Geddy Lee, and Steve Harris, and often used a fretless bass to deliver his precise, highly technical bass lines. He has played fretless Ibanez or ESP bass guitars for much of his career. Perhaps DiGiorgios’ most important contribution to heavy metal was his performance on legendary death metal band Death’s 1991 opus Human.

Check out a Steve DiGiorgio bass solo live with Megadeth below: 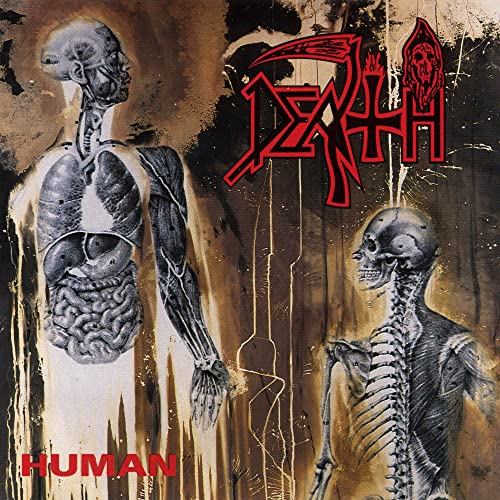 Another powerful, grooving bassist, Rex Brown was half of the legendary rhythm section in Southern groove rebels Pantera. Although he is most famous for his work with Pantera, and his contribution to their brutal, powerful take on grooving metal, Rex Brown is an accomplished jazz bassist. He often complemented Dimebag Darrell’s feral guitar solos with jazz-influenced walking basslines, wielding his Charvel bass with enough fire and fury to match the rest of the band. He also played Spector basses, and recently endorsed Warwick basses.

You can see Pantera in full swing in the below performance of Cowboys From Hell: 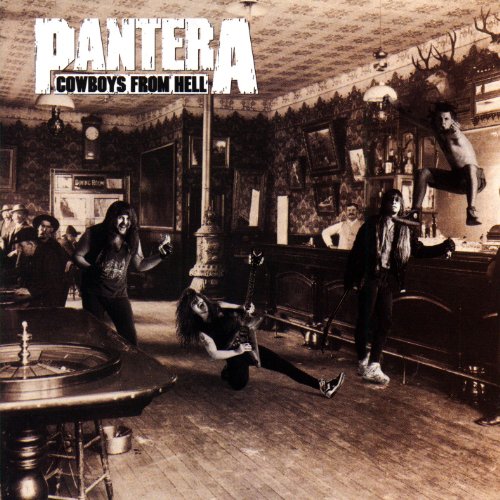 Check out the Tim Commerford’s undeniable groove in the below performance of “Bulls on Parade”: 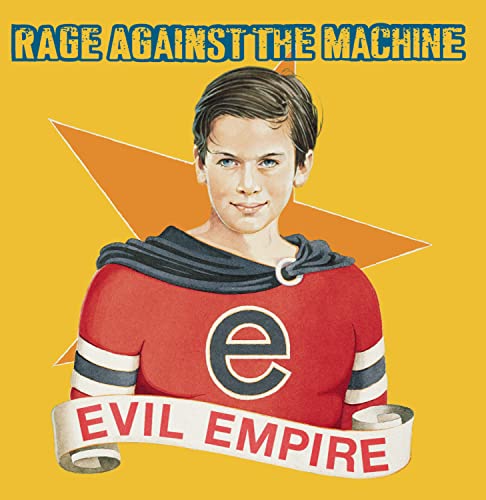 Slayer’s frontman and bass player Tom Araya took the unrelenting speed of thrash metal and injected it with brutal, uncompromising force. Araya and Slayer defined extreme metal with Reign in Blood, one of the most influential metal albums ever written. Araya’s intricate, punishing bass lines were a major feature of the band’s brutal, musically challenging sound.

Check out the below performance of “Raining Blood” as evidence: 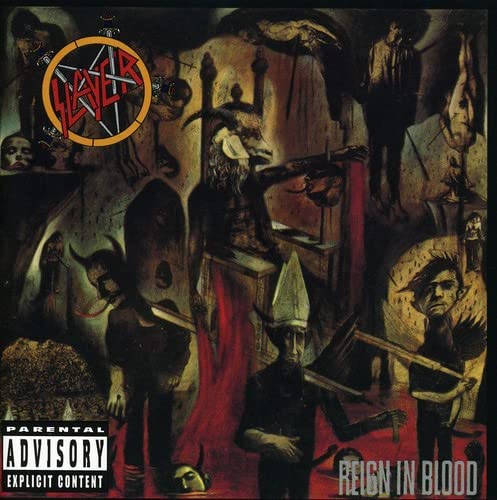 Check out the below video of “Addicted to That Rush”:

Notable Recording: Lean Into It 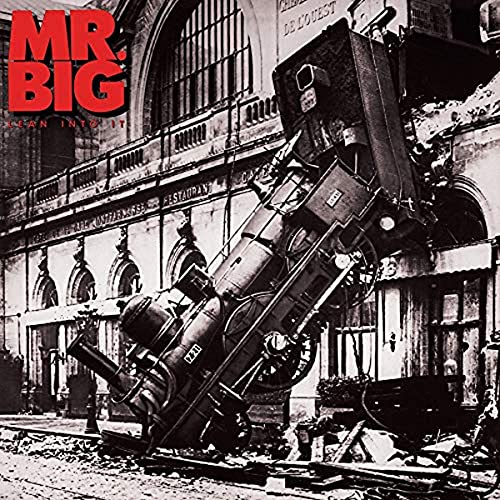 Metallica’s newest new guy, Rob Trujillo, is one of the most accomplished bassists on the planet. Although Trujillo is best known for his work with Metallica, he rose to fame as bass player for crossover thrash act Suicidal Tendencies. He’s played with a who’s-who of metal royalty, from Black Label Society to Ozzy Osbourne. Trujillo has been Metallica’s bassist since 2003, echoing the terrifying virtuoso chops of Cliff Burton and injecting his own ferocious, animalistic playing style. Trujillo plays with both a pick and his fingers, often deploying brutal funk-influenced slap bass techniques. Trujillo is best known for playing Warwick Streamer basses, both four- and five-string.

For a quintessential display of Robert Trujillo’s capabilities, check out this performance of “Blackened” from 2021: 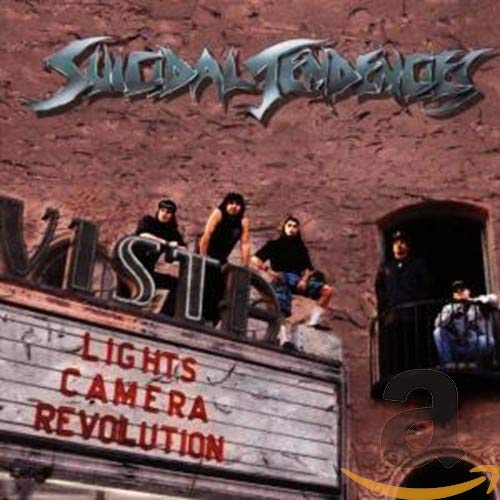 Dave Ellefson was one of the longest-serving members of another of thrash metal’s Big Four: Megadeth. He co-founded the band with Dave Mustaine not long after Mustaine was kicked out of Metallica, playing with the band from 1983 to 2002. His powerful, virtuosic bass playing and songwriting contributions added definition and power to Megadeth’s epic metal performances. Ellefson’s highly defined, treble-heavy bass sound set him apart from the growling, booming tones of many of his peers. It heavily complemented the distorted, compressed tones of his guitar-wielding bandmates without compromising on sonic power. This sound came courtesy of his Jackson Custom basses and his exclusive use of a pick while playing.

The performance of “Peace Sells” below is testament to his bass-playing prowess. 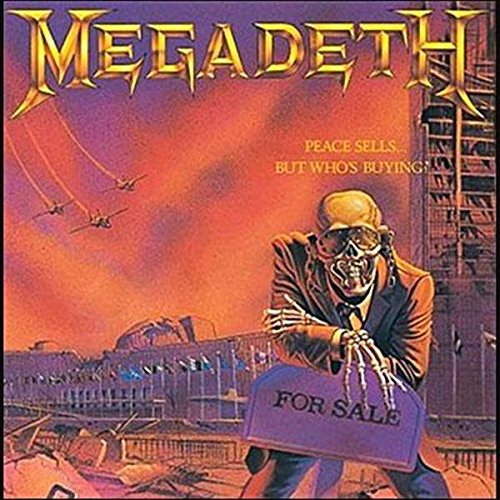 It’s a testament to the staying power of Metallica’s dearly departed original bass player Cliff Burton that, despite his death in 1986, both Jason Newsted and Rob Trujillo are still referred to by Metallica fans as “new guys”.

Cliff Burton took the blueprint laid by the likes of Steve Harris and Motorhead and added every last ounce of the burgeoning thrash movement’s aggression and precision. His bass playing made use of his extensive technical ability, heavy, guitar-like distortion, and enough rhythmical precision to keep even Lars Ulrich in check. Burton was best known for playing a Rickenbacker bass, a nod to Lemmy, until he replaced it with a custom-made Aria.

You can see Cliff Burton’s thrashing, uncompromising bass playing in full flight in this video of Metallica powering through “For Whom the Bell Tolls”.

Of course, nothing could encapsulate the best of Metallica at their thrash-metal peak like their mid-80s opus, Master of Puppets. 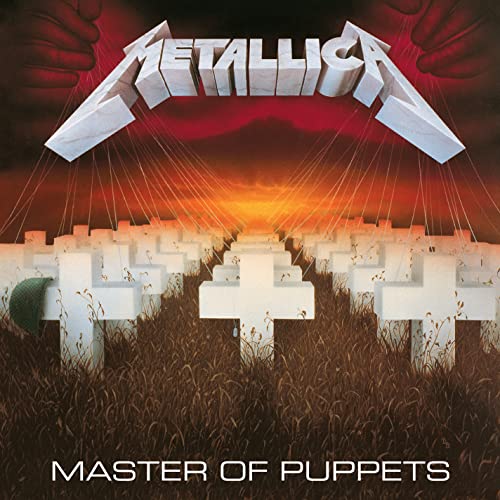 If there’s no Black Sabbath, there’s no heavy metal. It’s hard to conceive of now, but when Sabbath exploded onto the music scene, there was nothing like them. Their punishing, minor-key riffage, apocalyptic soundscapes, and terrifying lyrical content set Sabbath apart from the boozy bonhomie of even their hardest-rocking peers. No small part of Black Sabbath’s classic era was bassist Geezer Butler, whose melodic sensibility found and powerful sense of rhythm acted as the vital link between drummer Bill Ward’s jazziest rhythmic tendencies and the world-ending howl of Tony Iommi’s legendary riffage.

His bass intro to “NIB” remains one of the finest on any metal recording: 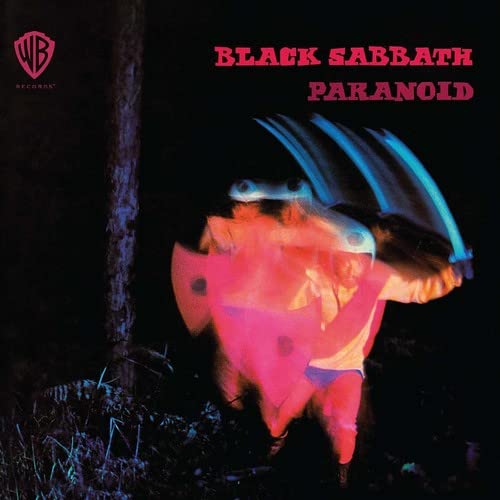 There are few silhouettes as indelibly scorched into metal history as Motorhead’s legendary frontman, Lemmy, growling upwards into his microphone, towering over his bandmates and audience alike. Lemmy, at Motorhead’s helm, injected speed and fury into heavy metal in the late 1970s. In doing so, he inspired every thrash metal band of the 80s – including many on this list – and virtually every metal band who came after. Lemmy wielded his Rickenbacker bass like a machine gun, delivering drones and double stops at ear-shattering volume to provide the sonic foundation for his trademark growling rasp.

Motorhead’s “Killed By Death” is a great example of the great man’s driving, melodic playing style. 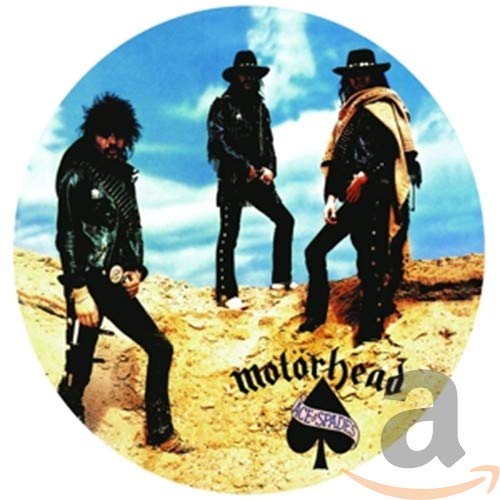 There aren’t many metal bands where the bass player is their leader and leading songwriter. Of course, there are few metal bands who could match Iron Maiden’s principal songwriter for virtuosic, galloping bass lines. Steve Harris, armed with his battle-hardened Fender Precision bass has been enthralling audiences with Iron Maiden five decades now and shows no signs of slowing down. Steve Harris’ playing style is fast, aggressive, and melodic. It drives Iron Maiden’s infamously lengthy tunes forward into the fray, complementing the band’s triple-guitar assault and anchoring the band’s rhythm section.

Any Iron Maiden album is essential metal listening, but to initiate yourself, you can’t beat The Number of the Beast.

Notable Recording: The Number of the Beast 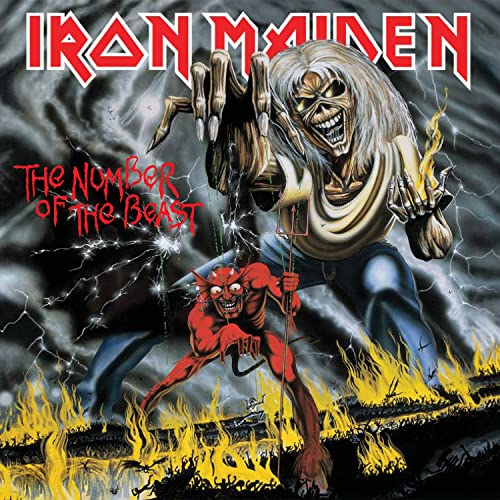 Best Bass Players List: The Best Bassists Of All Time

Types Of Bass Guitar: Which Is Best For You?

How To Play Metal Guitar: A Complete Beginner’s Guide